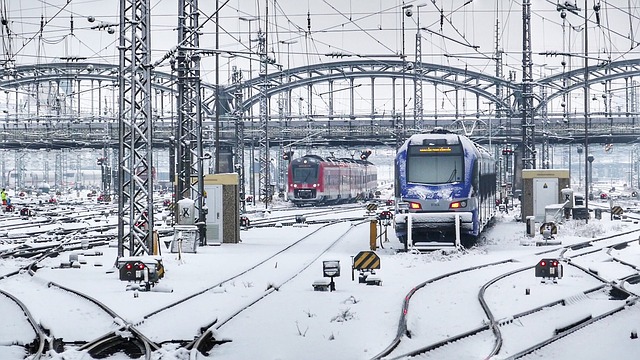 Europe and a lot of other countries use 220-240 volts and run at 50 Hertz. The United States, American Samoa, Anguilla, Aruba, Bahamas, Barbados, Bermuda, the British Virgin Islands, Canada, the Cayman Islands, Colombia, Costa Rica, Curacao, Dominican Republic, Ecuador, El Salvador, Guam, Honduras, Jamaica, Japan, Liberia, the Marshall Islands, Mexico, Federated States of Micronesia, Nicaragua, Palau, Panama, Puerto Rico, Saba, Saint Maarten, Taiwan, Trinidad and Tobago, Turks and Caicos Island, US Virgin Islands, and Venezuela use 100-127 volts and 60 Hertz. There are a few countries that have certain areas that use both sets of volts; such as, Brazil, Cuba, Guyana, Saint Eustatius and Suriname. If going to one of the countries that do not use the 100-127 volts, a person must buy a plug, that can allow the devices you bring to turn into a dual-voltage appliance, (or if you are leaving one of these countries that uses 220-240 volts and going to a country that uses 100-127 volts). The person should also check if their appliances have a converter of their own, inside of the appliance and switch it on.

There were two men who were working on creating voltage and frequency, Thomas Edison and Nikola Tesla. Tesla found that 60 Hertz was the best frequency for alternating current (AC) and liked using 240 volts. Edison produced direct currents (DC). DC ran at 110 volts; however, it couldn’t provide the distance that AC couldn’t.

When Europe’s first generating company AEG starting producing electricity, they had a monopoly on it. AEG decided to use a frequency of 50 Hertz because it worked better with their measurement system. Until after World War 2, Britain had sporadic electricity, so they started using the 50 Hertz cycle. This seemed to be problematic though as the 50 Hertz cycle is 20 percent less effective with its generation, along with being 10 to 15 percent less effective with its transmission.

Around the 1950s and 1960s, Europe went from 120V to the 240V. It was necessary to increase the voltage because it would bring more power, and it also created less current loss and drops in voltage. The United States wanted to change as well; however, most houses in the United States had fridges, washing machines and other appliances that would cost more to replace. This was not the case in Europe, as most houses did not have them. The United States has had problems because they did not change their voltage; such,

as houses that are too close to transformers light bulbs, will burn out quickly and homes that are too far from the transform do not have enough voltage. In newer houses, some appliances run on 240 V (like washing machines and ovens). A traveler should not use European appliances s in these outlets, because European 240 V is a single-phase, while the United States 240 V is a two-phase system.

These are a few things to consider before traveling to another country. There are quite a few devices a person can buy to convert their American devices, so they can work in foreign countries (or vice versa). The traveler should check which country they are traveling to before they leave, so they know which adapter to buy.